Ill-equipped shipping, finance and insurance businesses have found themselves navigating a maze of international enforcement that is riddled with contradictions.

Compliance experts have found themselves under sharply increased demand round-the-clock, as they labour to navigate the rapidly evolving financial trade restrictions. 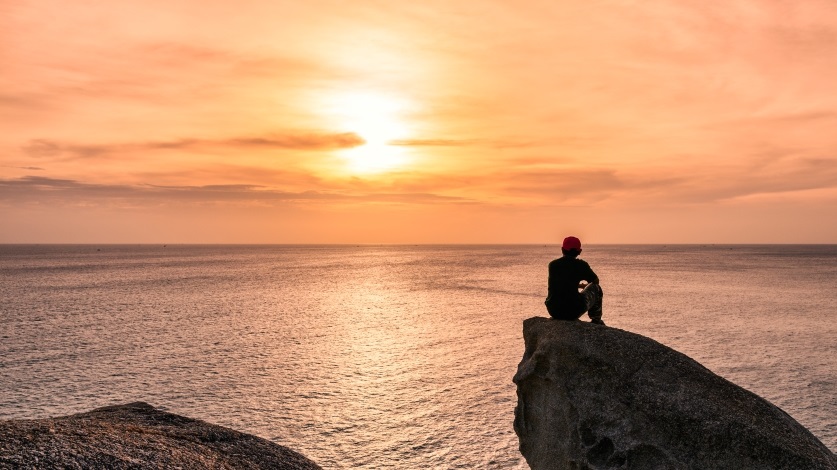 Economic measures to cut Russia off from the world’s financial arteries are the most extensive seen since the Second World War. Yet as governments fire out amendments, clarifications and heavily worded ‘FAQs’ nearly every day to patch the hastily-issued legislation, large sections of the shipping industry working without in-house compliance teams have struggled to keep pace.

The Western response to Russia’s invasion of Ukraine may be broadly aligned in terms of political objective, but the detail differs significantly, regimes often overlap, and inconsistencies are acknowledged across the board. Add in the erratic mix of enforcement appetites, jurisdictional grey areas and calculations of blocking statutes being employed as the financial world fractures in line with regional political alliances, and it becomes clear that a global sanctions compliance minefield is being laid in the path of an industry that, with minimal exceptions at the top, has not kept pace with the compliance monitoring forced upon other sectors.

In the wake of a series of compliance scandals and record fines, the financial sector has invested heavily over the past decade.  The cost of financial compliance across retail and corporate banks worldwide has increased by over 60 percent since pre-financial crisis levels. That rise predates the expansion of sanctions being used as the foreign policy tool of choice for successive regimes, even before Russia vaulted past Iran and North Korea to become the world’s most-sanctioned nation. Subsequently, banks have built an industrial scale operation just to digest all the regulatory changes, with one-third of banks spending over 5% of their annual spend on compliance operations.

While oil majors, some traders and charterers and a handful of listed shipowners have invested in compliance teams, technology and expertise, the vast majority of shipping companies have not kept pace. Compliance chiefs may exist within energy majors, but in most shipping companies, compliance risk management has fallen to general counsel, where they exist — or, more often, the overstretched chief financial officer.

The fact that law firms have, in some cases, set up round-the-clock hotlines for worried clients is no mere brag on their part.

The increasing complexity is not just an issue for under-resourced or laggard operators; even at the top end of the marine insurance sector, where oversight and expertise has arguably been the most advanced, experts are feeling the heat.

Addressing a Treasury Committee hearing in April, Lloyd’s Market Association head of marine and aviation Neil Roberts said the impact of Russian sanctions on the London insurance market had been “profound”. “The complexity of it has been difficult for people to manage. Even very well-resourced compliance teams have found it troublesome. Insurers are not as well-resourced as banks and they are also finding it difficult,” Mr Roberts said.

Part of the problem beyond the unprecedented pace of change is that Russian sanctions have involved a much broader coalition of legislatures than ever before, all seeking to achieve a common, but not particularly well-defined political goal. The result is that companies find themselves navigating a maze of international enforcement that is riddled with contradictions.

The UK and US sanctions are targeting Russian-controlled and beneficially owned vessels, but the EU rules only block Russian-flagged vessels, with multiple caveats in place across all regimes, carefully balancing individual state interests. Exemptions and wind-down periods on all sides have created confusion, while general licences issued to clarify hastily prepared legislation have seen ships occupying a borderline area where they may or may not be subject to sanctions — but any number of import exclusion orders, insurance or financial services restrictions may apply.

While the shipping headlines have focused on the key US, UK and EU jurisdictional changes, Russia is now subject to more than 5,000 different targeted sanctions globally from 45 countries — more than Iran, Venezuela, Myanmar and Cuba combined. And it is worth noting the speed at which these measures have been implemented. The crippling economic sanctions that targeted Iran were adopted over the course of 10 years; the majority of Russian sanctions have been implemented in just 10 days.

Prior to Russia, the noose of financial regulation had been tightening for several years in the wake of successive financial crises and a US-led upgrading of sanctions enforcement, courtesy of the Trump administration’s ‘maximum pressure’ campaign against Iran and, latterly, Venezuela. That tightened scrutiny and denial of the waivers previously granted under the Obama administration saw the emergence of a subterfuge fleet of around 220 veteran tankers operating under the radar, with increasing levels of often state-sponsored sanctions-evasion tactics.

Our Thought Leadership piece from 2021 used our unique data to track and analyse the Sanctions-Skirting Secrets of Shipping and expose the global scale of the playbook tactics that are used by a fleet of vessels involved in illicit trade to evade detection.

And yet, despite the sanctions imposed by US and Europe on Russia, most of its energy shipments have remained legal as governments seek energy security over sanctions. As a result, the ability to track Russian oil shipments, ship-to-ship transfers and unpick the opaque matrix of Russian beneficial ownership and control in international commodity shipments on a large scale has now become the number one priority of compliance departments globally. 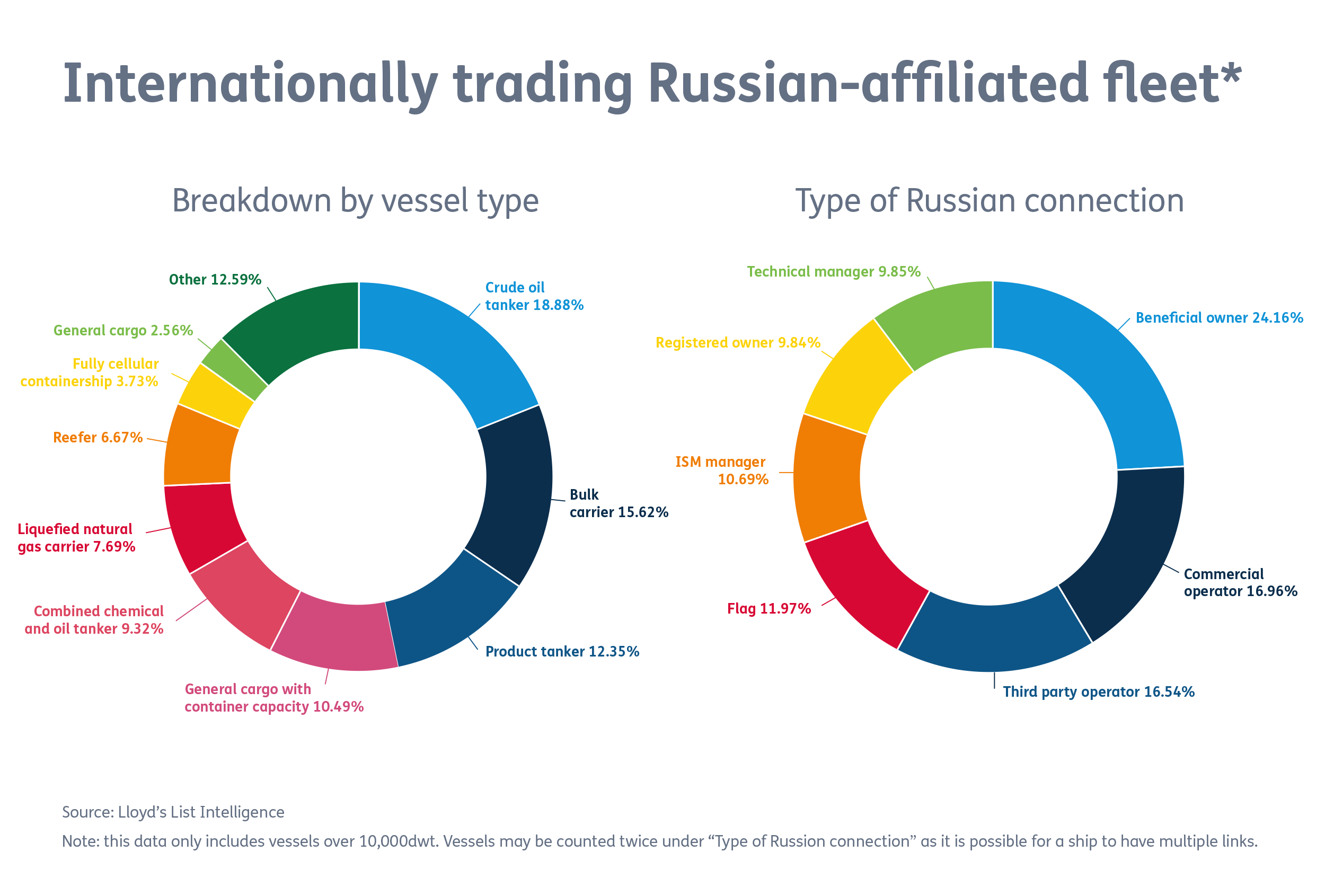 For the banks with entire compliance teams at their disposal, a forensic approach to compliance risk is a basic business requirement. For the vast majority of the shipping industry racing to catch up, the rapid onslaught of Russian restrictions has proved more problematic.

Reliable insight and technology are crucial

When the UK government tweeted its intention to ban Russian-controlled ships before legislation had even been written, UK ports were put on notice that the responsibility for identifying the Russian-controlled entities and ownership links would fall to them. That process initially saw several authorities resort to basic Google searches to protect themselves against potential sanctions breaches.

Given the evolving nature of the sanctions, the inevitable mis-steps from shipping to date have been overlooked by governments, but any grace period on enforcement is likely to be short-lived.

Law enforcement and regulatory agencies are preparing to enforce a raft of new export control rules and initiatives as part of the US government’s response to the invasion of Ukraine. Officials from the US Justice Department, US Commerce Department and other federal agencies have been advertising the coming changes at every opportunity.

“The way that multinational companies have to think about how these sanctions regimes are going to be affecting their businesses is critically important, and something we should be having conversations about,” deputy attorney general Lisa Monaco said at a New York City Bar Association event in late April.

This confluence of complicated risks has led banks, insurers and traders to up their game in terms of vessel tracking, turning to artificial intelligence (AI) and machine learning tools to flag risk that was evading traditional tracking methods.

AI predicts the probability of illicit activity occurring at sea and sends alerts to watchful eyes at a desk in an investment bank thousands of miles away. Machine learning uses each vessel movement to refine its predictive ability in a never-ending cycle of improvement.  So as the sanctions-skirters adapt to new obstacles, so does the digital detection. It’s fast. And when it’s integrated with data around the vast and obscure networks of vessel ownership, it’s critical to compliance operations. Without it, a business could find itself hopelessly lost in a tangle of risk and a casualty of the compliance crisis. 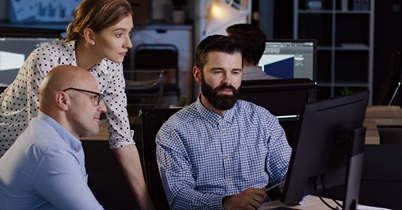 Sanctions compliance is getting more complex. Learn the smart way to maximise protection and minimise risk when lending to the shipping industry.