Shipowners are in a race to be second when it comes to decarbonising the global fleet. First movers risk expensive early obsolesce while laggards looking to profit from an uneven transition risk being left behind by rapidly changing market requirements that are increasingly running ahead of protracted regulatory timelines.

The Goldilocks risk approach – not too soon, not too late – accepts that the shipping industry will have limited agency in the pace and scope of the global energy decarbonisation transition, but assumes the basic aim of maximising energy efficiency of the transitional fleet in a bid to buy time for viable zero carbon fuel substitutions and infrastructure to emerge.

However, to a zero-carbon future represents a generational risk for shipowners who the transition require a centrist position, maximising flexibility both in terms of asset investment and business models.

In Red Light or Green Light: The Dilemma Facing Shipowners, we examine the deep implications of the decisions shipowners need to make now on how they will meet emissions targets over the coming years. Whichever route they take, our analysis shows that the transition to zero carbon will have a profound impact across the industry. 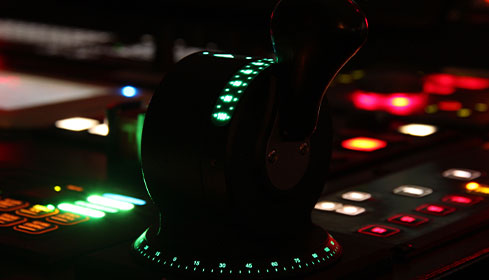 IMO’s carbon intensity reduction targets to act like an ever-tightening belt around shipping’s waistline – forcing shipowners to either invest in mid-term ‘transitional’ fuels or conventional efficiency designs and technologies. Either way, significant capital is required, with no guarantee of returns or survival.

Short term risk is associated with the existing fleet struggling to stay ahead of carbon efficiency metrics that will increasingly eliminate tonnage and some owners from the market.

That process will spur a mid-term order boom to account for the transitional fleet replacement requirements that cannot be met via retrofits. The most significant mid-term risk for shipowners in this period lies in the longevity of designs; a subject that is already dividing owners. While some of the advanced guard are betting on transitional dual and tri-fuel tonnage options, the majority are assuming conventional fuel eco designs will sustain them ahead of the Annual Efficiency Ratio curve of carbon emissions long enough to avoid investment in gas as a transitional option, and rather heading directly into ammonia or hydrogen designs. That division is already starting to shape the strategic outlook of the transition.

“Buying ships today that won’t be delivered for two years and last for 25 years is a risk when we do not know exactly what fuels we will be using from 2030,” explained AP Moller-Maersk chief executive, Søren Skou during a recent earnings call. His statement summed up the shipowner dilemma more succinctly than the petabytes of data analysis available charting carbon intensity of trade vs the existing trajectory of shipping emissions.

Shipowners were notified over two years ago when the International Maritime Organisation set an objective to reduce absolute GHG emissions from shipping by at least 50% by 2050 compared with a 2008 baseline. Given the historically and financially assumed 20-year lifespan of vessels, the maritime sector must ensure that zero-emission vessels are operating on a commercial scale on deep-sea trade routes by 2030, opening the way for a large-scale deployment in the 2030s and 2040s.

Future market share has proved a compelling enough incentive for technology suppliers, yards and engine manufacturers to spearhead the initial research and development wave. But the ‘Get to Zero’ race to be the first with a viable deep-sea design is currently characterised by pockets of pilot projects.

Many options are open, but none are currently available at a global scale and price that can compete with the carbon alternative. The global supply chains for new fuels that are necessary before the mass market will build the ships compatible with those fuels are still at least a decade away given the siloed approach to date.

When the industry shifted from steam to diesel, or more recently started a partial shift towards LNG, it was one new option offered and stakeholders worldwide assured, after a non-mandatory period of incubation, that bunkering infrastructure would be available.

Now the industry is faced with multiple options, none of which is widely available or backed by official bodies or even governments (yet). This means that the adoption will likely be regional or local as market demand outpaces sufficiently stringent global standards. For short-sea early adopters, battery powered ferries or regional solutions for alternative fuels will likely mitigate some of that risk, however for deep sea trades there is little certainty on the horizon. Failure to reach critical mass for the technological development will also impact the liquidity of the second-hand market in the near term.

But this is not simply a question of vessel design and fuel substitution. The price gap between carbon and zero-carbon fuels needs to be closed, no matter which fuels are being developed.

And this process will not be driven by the shipping industry – this process implies a global energy transition where shipping will be one of multiple industries vying for scalable and cost-competitive zero-carbon fuel solutions.

Meanwhile, the IMO has congratulated itself on creating “important building blocks” of a regulatory framework via energy efficiency requirements on existing ships from 2023, but the lack of long-term regulatory guidance is still a significant barrier to investment.

Regional regulatory fragmentation is now inevitable to some degree. The European Commission and the European Parliament’s ongoing efforts to include shipping in the EU carbon market and force emissions cuts on ships calling at European ports will in no way be de-railed by lacklustre operational measures that fail to put shipping in line with the Paris Agreement and to deliver fundamental goals of the IMO strategy, including to reduce GHG emissions before 2023 and to peak emissions as soon as possible.

The shipping industry’s plan for a mandatory contribution of USD2 per tonne on fuel used by ships to raise money for a research fund to help develop cleaner technology for the industry is effectively only a contribution towards bridging the cost of decarbonisation, and is in many respects too little, too late. A much higher global carbon tax could more meaningfully cover the distance, but such plans require a consensus view from cargo interests on footing the bill. Ultimately the cost gap will have to be bridged across the value chain, but that shift changes business model dynamics and with it risk models for traditional shipowning entities. First movers will have to contend with higher investment and operational costs, albeit mitigated to some extent through a green fuel premium, which would help distribute the additional cost throughout the value chain up to the end-consumer.

In the near-term shipowners are heavily exposed to the risk of stranded assets. Vessels over 10 years are already facing imminent obsolesce in employment terms, according to several senior financial and shipowner figures interviewed as part of this report. Furthermore, according to Lloyd’s List Intelligence calculations, a significant portion of the existing fleet over 10 years will struggle to meet stakeholder carbon emissions expectations in the next four years.

The Poseidon Principles, which provide a framework for financial institutions to measure the emissions of ships they finance, will issue its initial report in December revealing a first snapshot of how a significant portion of the global fleet are measuring up to carbon efficiency metrics. The Poseidon Principles framework allow banks to align their portfolio of vessels with the IMO’s reduction targets by using a carbon intensity metric for vessels, the Annual Efficiency Ratio (AER).

While the immediate implication of AER scoring is not explicit in terms of financing decisions, and the Poseidon Principles themselves have not yet managed to gain traction within the crucial Asian ship finance sector, AER scores are increasingly used for determining the interest rates charged on ship finance. It is widely anticipated that the measure, or variant metrics on carbon intensity, will determine employability of vessels from cargo interests keen to apply ESG metrics to their overall performance.

Several shipowners interviewed by Lloyd’s List are confident that vessels they have on order today will deliver a 60% improvement on carbon efficiency compared to the 2008 baseline used by the framework, effectively keeping that vessel compliant under AER scoring until the early 2030s.

However, for significant sections of the existing fleet, keeping above the AER trajectory will be much shorter-lived affair.

According to Lloyd’s List Intelligence research, which assessed a sample of vessels under 10 years old, the majority of standard configured vessels will struggle to meet AER trajectory values sometime in the second half of this decade. The sample was focussed on medium sized bulk carriers (10k-100k dwt) and product tankers (20k-60k dwt) as a test case, however the results for those asset classes alone imply 7,900 vessels would have to adjust operations either by lowering speed or retrofitting efficiency measures by 2025 in order to meet the AER values. Preliminary sampling in other asset classes shows a similar widespread trajectory for ships under 10 years.

Exceptions are ships already geared for LNG fuel, which will — unless new tougher emissions targets come on a regional basis — last longer before they are challenged by the AER trajectory values.

Depending on the repayment period, retrofits could offer an attractive business case by extending the viable lifespan of assets on the edge of the trajectory. However, for significant swathes of the older fleet, recycling will spike.

Engine fuel consumption for ships that were built pre-millennium is 7%-17% higher on average than ships built in the past 20 years.

LLI forecasts that 11,600 ships will be removed, primarily for scrapping this decade and 20,600 new ships delivered (of which 6,000 are already on order). The financing under the Poseidon Principles will be challenging for the owners of ships that cannot show they meet with the trajectory lines.

So, failure to meet the AER trajectory values can either trigger new ship ordering, lead to speed reductions and thereby absorption of tonnage, or prompt banks looking to trim their portfolio trajectory to look at measures that will reduce their risk.

It will also likely affect second-hand values for ships and the turnover on the second-hand market.

“It's not the ships being delivered today that shipowners have to worry about, it’s that 10 year old vessel in their fleet, because unless they retrofit it with all sorts of stuff that RightShip and Shell and others will approve, it will drop to being ‘Third Division’ in terms of employment,” the financier continued.

The Annual Efficiency Ratio (AER) is a formula used to calculate the carbon intensity of vessel traffic, where a ship’s CO2 emissions are divided by the deadweight-nautical miles. A development path to 2050 is developed for a set of vessel types and sizes, so called trajectory values. These trajectory values are shadowing the 2008-to-2050 CO2 emission reduction targets. Values are given in gram CO2 per dwt-nm for all vessel types but ferry and cruise. The values are lowered every year 2019 to 2050. For most cargo carriers, the 2025 AER values are 16% lower than in 2019, the 2030 values are 28% lower than in 2019 and the 2050 values are 80% lower. 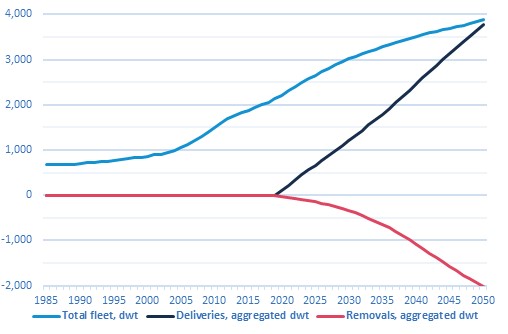 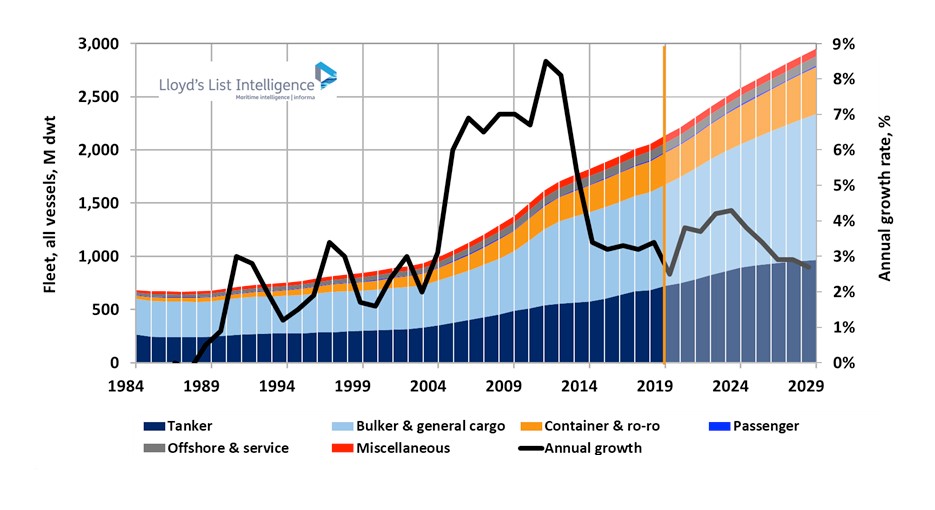 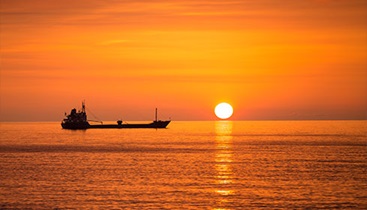 RIPPING UP THE RULEBOOK: ZERO-CARBON ENERGY TRANSITION FOR SHIPOWNERS 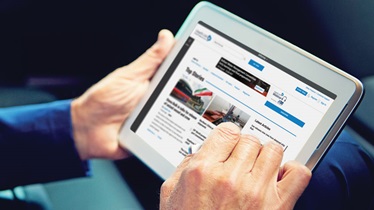 Stay well-informed of the constantly changing industry and what it means to businesses and markets with curated news, commentary and analysis in the form of daily news articles and briefings, weekly and monthly digests, monthly magazine, podcasts, webinars, and market outlook reports.
Learn More