The New Age of Old Ships

As the supply chain crisis evolves and new areas of risk emerge, another trend has become apparent: a growing global fleet of moribund vessels, saved from the scrapyard by persistently high freight rates and the illicit oil trade.

The rigors of the maritime environment, plus evolving safety and environmental regulations, mean the lifespan of a cargo ship is typically 25 years.  However, 52% of the 20,000+ live Class A cargo vessels in our database are this age or older;  110 are centenarians.

While some of this change can be attributed to pandemic lockdowns upending normal operations, the disruption has not granted an unusually long life to all ships: scrappage rates for Crude Oil Tankers and Liquefied Gas Carriers increased by 309% and 265% respectively during 2021. In the first quarter of 2022, tankers led the demolition sector, with 42 sold for scrap, with a combined deadweight of 2.4m. By way of comparison, only eight bulk carriers and just one containership were demolished during the same period. Subscribers to Lloyd’s List can read more about this here: Capesize bulker and panamax tanker head for breakers.

A significant number of antique tankers had their appointment with the cutting torch postponed, however, thanks to US sanctions. 200 end-of-life ships are now deployed in the illicit transportation of oil from sanctioned areas such as Venezuela and Iran. The crude tankers engaged in illicit oil shipment are at least 20 years old and would certainly be scrapped were it not for their current role as expendable sanction-busters.  These methods are explored in detail in our Thought Leadership paper The Sanctions-Skirting Secrets of Shipping, which focuses on techniques used to transport illicit goods from sanctioned countries.

Unsurprising, the exact status of vessels being used for subterfuge missions can be difficult to ascertain. Some try to disguise their identity by spoofing the unique IMO number assigned to each commercial vessel, while others manipulate their Automatic Identification System (AIS) signals to hide their location.  Bad actors may also skimp on protection and indemnity (P&I) insurance – a particular concern given the environmental threat posed by the cargo and their hazardous mode of operation, which typically involves small vessels making furtive trips to fill or empty tankers waiting offshore, outside territorial limits.

Properly maintained, vintage ships can still be safe to operate; some will also have pollution outputs from superannuated ships will be higher as their hulls are not fuel-efficient compared to modern designs.

Chris Pålsson, Managing Director at Lloyd’s List Intelligence said, “With over a trillion data points in our database to draw on, we know that shipping tells a story about the social and industrial trends on land. We are still living with the effects of the pandemic and a surge in consumer demand which saw a normally fine-tuned global system get seriously out of synch.  The growth of this Graveyard Fleet, when every available container and bulk carrier was in service, is another manifestation of this extraordinary period.

There are risks to so many geriatric ships being kept in service – not least of which the temptation for owners to delay bringing on newer, cleaner replacements.   Ultimately, their fate may be sealed when new environmental regulations by the European Union, International Maritime Organisation and others come into effect from 2023.” 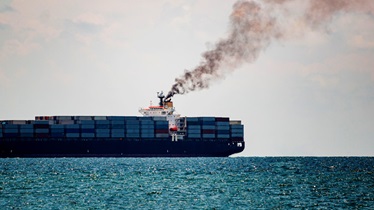 For more on how the industry intends to move forward with decarbonisation, including views from over a dozen industry experts, see our Thought Leadership piece from December
Read more 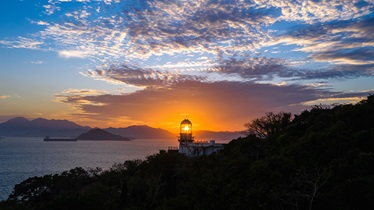 Insurance professionals across the globe use our insight specifically designed to help them spot and assess risk, set pricing, and protect businesses. Seasearcher Insurance includes indicators for hull risk, movement risk, ownership, detentions, incidences and casualties, as well as full vessel characteristics such as year of build and mechanical attributes
Learn More