In our quest to make everyday life easier, neater and nicer, we surround ourselves with stuff that, in certain circumstances, can be harmful: kitchen and bathroom cleaning products, paint, and air fresheners, for example.

Millions of these products are sold every day and they are taken to market by ships. This is made unremarkable thanks to detailed regulations and protocols that have evolved over the past seven decades which make the transportation of potentially risky items routine, even mundane.

The global standard is the International Maritime Dangerous Goods Code (IMDG), mandatory since 2004 and updated every two years.  It takes its lead from the United Nations Recommendations on the Transport of Dangerous Goods, first compiled in 1956 and colloquially referred to as ‘The Orange Book’. It sets the basic requirements for all forms of transport and defines nine categories of hazardous goods including explosives, flammable liquids or solids, and corrosive or toxic substances. Documentation must state clearly which category a product fall into. The UN guidance also assigns different ‘Packaging Levels’, with level 3 representing ‘minor danger’ and level 1 - ‘great danger’.

These measures are supplemented by a host of ‘Special Provisions’ that address the specific characteristics of particular products, and which may influence their classification, labelling and packing.  An aerosol can of deodorant, for example, would first be classified as a ‘gas’ and then marked as either ‘flammable’ or ‘non flammable, non toxic’ depending on its contents.  Special Provision No.277 then determines the volume of product that can be carried per container: 120ml if toxic, 1 litre if not.

The rules create a system that, in general, works well, although it adds complexity and cost to the shipping process. That may prompt the unscrupulous or under-resourced to skimp on the paperwork, misidentify contents, or not follow the safest procedures. The sheer number of containers in transit means that it is impracticable to check the contents of every one. The consequences of cargoes being misidentified, or not handled with the appropriate precaution, could be serious.

According to one Risk Management Director, fires on container ships occur “pretty much on a weekly basis.” A report published in August 2021 by insurance giant Allianz cited 40 cargo related fires in 2019, including one on board the Yantian Express, a box carrier run by German liner Hapag Lloyd, which blazed for weeks.  Later that year the company introduced a US$15,000 penalty for shippers misidentifying cargo.

Most fires occur when cargo is not properly secured and gets damaged in transit. Port congestion may also play a role. The chemical stability of some products may be affected by prolonged exposure to high temperatures: imagine the effect on a container full of paint stranded on a baking Middle Eastern quayside for weeks. It is another kind of product, however, that is currently re-energising discussions around risk, fire and cargo misidentification: lithium-ion batteries.

These engineering wonders power the devices that define our age such as mobile phones, laptops, and electric vehicles. They have become so cheap they are used in disposable e-cigarettes and musical greeting cards. They are so ubiquitous it is practically impossible to know how many might be travelling inside a container of Christmas goods sailing from China to LA.

Li-ion batteries are considered safe unless damaged, which can happen as a result of impact or over-charging. Then they can decompose exothermically, self-heating to 400°C – a process known as ‘thermal runaway’. There is currently no easy or unique way of extinguishing Li-ion battery fires.

Lloyd’s List flagged industry concerns around these batteries in an article on 28th January 2022.  A few days later, on 16th February, fire broke out on board the Felicity Ace pure car and truck carrier. It is speculated that the blaze started when a heavy commercial vehicle broke free from its lashings in rough weather and collided with an electric car, rupturing its battery pack. Her subsequent sinking was likely the result of the vessel being flooded in an attempt to combat the conflagration. The insurance claim is predicted to exceed $500mn.

Crews, especially those on ships carrying cars and trucks, are trained to deal with fires. They are not, however, trained to handle EV fires. Even professional fire crews in ideal conditions on dry land struggle to cope when Li-ion batteries combust.

Given the growing popularity of electric cars and vans, this is clearly concerning. Equally problematic is the fact that batteries are developing at a furious pace, their internal chemistry changing year-on-year. By the time protocols have been established, they may already be out of date.

The problem extends beyond car carriers. Increasingly, scrap also contains lithium batteries. A 2021 survey of UK local councils estimated that batteries were responsible for 600 fires in bin lorries and waste treatment centres. A thermal runaway event inside a container loaded with discarded electrical items stacked high on a box carrier could be catastrophic. In addition to the threat posed by extreme temperatures, the fire would also produce highly toxic fumes - an issue for crews, emergency responders and, if the vessel was at berth, port operators.

The industry is responding, in part thanks to pressure from insurers.  As reported by Lloyd’s List, the UN Sub-Committee of Experts on the Transportation of Dangerous Goods is due to meet in December to discuss creating regulations specific to electric vehicles with Li-ion batteries.  A new UN code could lead to better training for crews, specialist EV fire-fighting equipment, or changes in operational practices for loading, unloading, and stowing. Even the redesign of car transporting ships could become part of the solution. Whether the existing fleet will be able to retrofit the more advanced safety features required is less clear, as is the ongoing question of greater transparency around cargo contents and how that could play a role in safety improvements.

Compliance professionals across insurance, finance, and shipping are certain to be taking note of the direction and progress of talks at the UN. Lloyd’s List, delivering on its promise to bring greater perspective to the most important developments in the industry, will be keeping them abreast of developments. 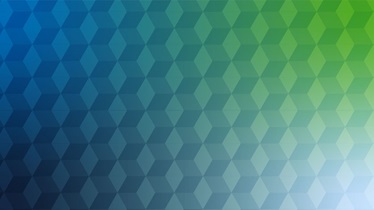 WHICH FUELS AND TECH WILL WIN SHIPPING'S RACE TO ZERO