A new offshore logistics network is evolving to transport Russian oil and circumvent the restrictions of sanctions and expensive insurance.

That is the conclusion of analysts at Lloyd’s List Intelligence studying tanker movements from Russian Black Sea ports. They have noted a significant increase in ship-to-ship (STS) transfer activity around anchorages in Greece, Malta and Gibraltar, reminiscent of the ‘STS hubs’ that emerged three years ago, in the United Arab Emirates, Oman and Malaysia, in response to the US sanctioning Venezuelan and Iranian oil.

In May 2022, six suezmax vessels and one very large crude carrier left territorial waters off Kalamata, Greece and Marsaxlokk and Marsaskala in Malta, and headed to India, China and the UAE, via the Suez Canal.  They were loaded with Russian oil, in multiple transfers, by a fleet of smaller tankers originating from the Black Sea ports of Novorossiysk, Tuapse and Taman.

Ship-to-ship transfers are not uncommon. Nor is the act of taking on Russian oil itself a breach of sanctions, as energy commodities are not (yet) banned in Europe.
However, the activity off the coasts of Greece and Malta is indicative of a familiar methodology designed to obscure the origin, ownership and ultimate destination of questionable cargoes.

Russia-flagged ships cannot enter US, UK, or European Union ports, while Russia-owned, chartered or affiliated tankers are excluded from the UK, and North America. The US banned Russian oil cargoes from 22nd of April, 2022, the deadline of Executive Order 14066.

These actions have had a major impact on Russia’s fleets, including its largest carrier, Sovcomflot, which in April started negotiating the sell-off of at least 40 of its 120-odd tankers. Private European carriers - Greek shippers especially - are moving in to fill the void.

Of the 204 tankers over 10,000 dwt tracked by our data and analytics between 1st and 26th of May departing the ports of Ust-Luga, Primorsk, Novorossiysk and Saint Petersburg, 58 belonged to Sovcomflot.  79 were owned by Greek ship operators.  A vast increase in voyages to India, Turkey and China indicate where the cargo, normally bound for North America and Western Europe, is now going.

However, with no speedy resolution to the Ukraine crisis in view, and a sixth round of sanctions recently announced by the EU, it is clear that normal business will not resume any time soon.  Shipowners working at the margins of legality, or those taking a pragmatic view that the world still needs Russian energy regardless of what the West says, know this and have a playbook to follow proven in the seas of the Middle East.

The sense that history is repeating itself is reinforced by another development: two tankers previously involved with shipping Iranian or Venezuelan crude now appear to be getting in on the Russian game.

Hana (IMO: 9162916), falsely flagged as Samoan, loaded at Novorossiysk, before heading on to Kalamata.  Cameroon-flagged aframax tanker Elbrus (IMO: 9206671) also called at Novorossiyk before anchoring in waters off Malta.

Its AIS was turned off for large parts the journey. 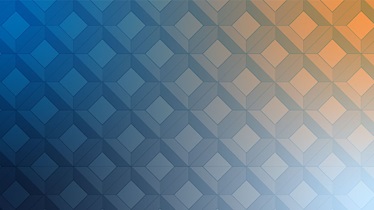 Companies were already struggling to navigate a quagmire of sanctions compliance before Russia's invasion of Ukraine. Now the restrictions can change daily and reach across the corporate spectrum like never before.