Detecting high risk vessels before they are sanctioned


The key to success in identifying maritime compliance risk is being able to understand and rate patterns of high-risk behaviour and activity as quickly as possible. Ideally, to do so as soon as the activity emerges and before it reaches alarming levels.

In some cases, sanctions-skirting vessels can begin to take part in illicit activities after many years of apparently normal operations. This creates a tough challenge for compliance professionals and authorities to detect the progression from normal to abnormal behaviour before it evolves into apattern of serious risk.

One particular aging vessel gained a place on the SDGT OFAC sanctioned list when its ultimate beneficial owner was linked by the US Department of the Treasury to the financing of the Houthis in Yemen. But for eight months prior to its appearance on the sanctioned list, it was caught by our most advanced vessel tracking and risk rating platform, Seasearcher Advanced Risk & Compliance,taking part in an array of red-flagged high-risk activity. 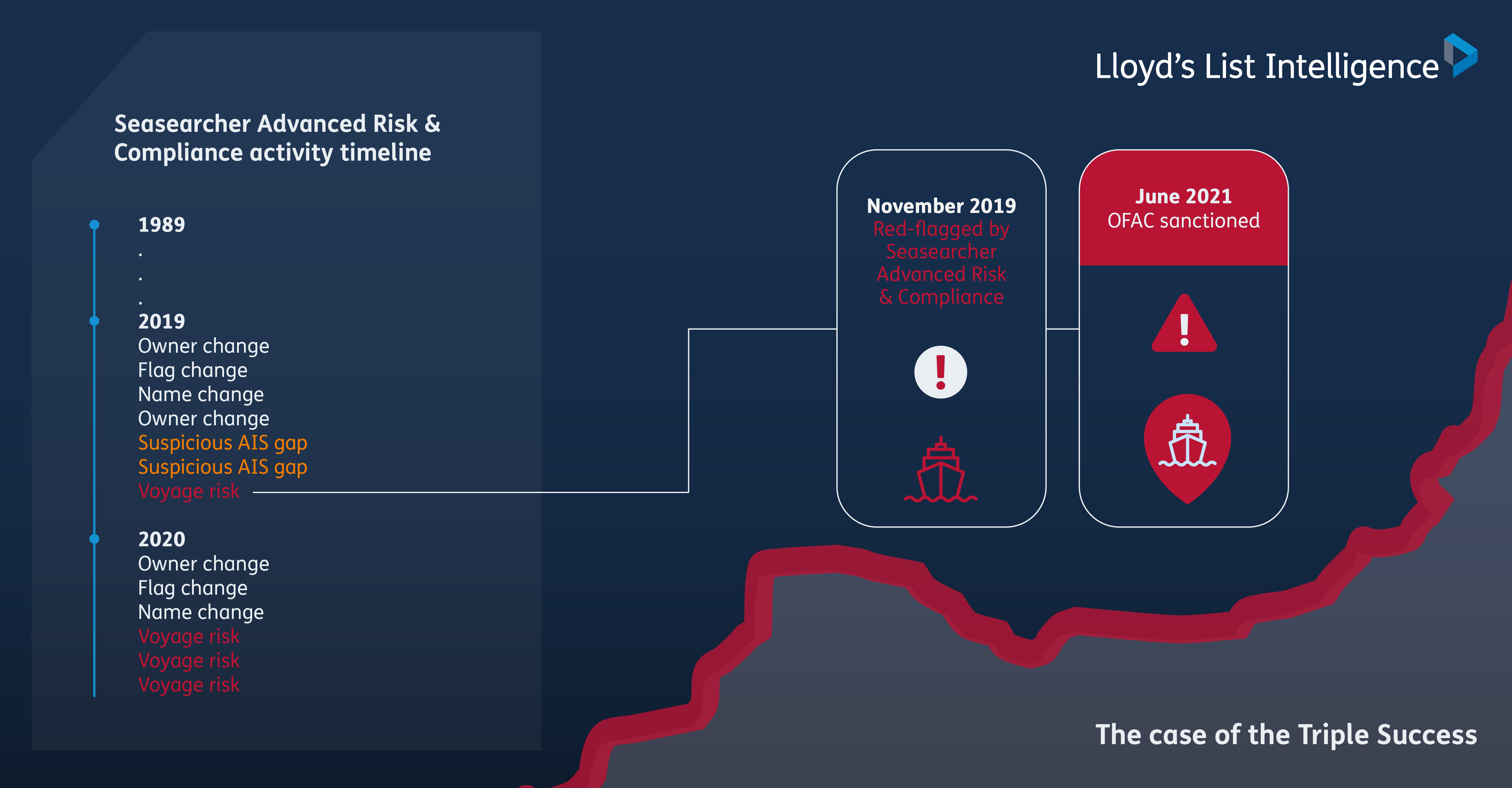 The multi-layered AI modelling uses our unparalleled maritime data to calculate whether it’s possible for a vessel to cover the distance needed to approach a compatible port or vessel and conduct a dark port calling or ship-to-ship transfer within the period of the suspicious AIS gap.

Triple Success’s AIS gaps occurred in high-risk areas. Our vessel tracking data went on to show that certain compatible high-risk ports were within range that, accounting for speed and direction, could have conceivably been reached by the Triple Success during the dark period. Our data showed there were also other compatible vessels in the vicinity which had speeds, directions and behaviour that indicated it was mathematically possible for the vessels to interact with Triple Success.

The change of draught to the Triple Success, as well as mirrored changes of draught in nearby compatible vessels, was further indication that it was possible for cargo to have been loaded or discharged at critical times during what might have conceivably been interactions with other vessels and port calls. The outcome was that Seasearcher Advanced Risk and Compliance created two Voyage Risk flags related to possible dark port callings and two related to possible dark ship-to-ship transfers in mid-January and February to March. These Voyage Risks meant that Triple Success received a red risk rating in Seasearcher Advanced Risk & Compliance in January 2021, having been highlighted by us since November 2019 as a vessel that was starting to engage in suspicious activity.

Our data provided significant context and detail around these activities to attract the immediate attention of compliance risk professionals who could decide to investigate further and escalate their concern. If they had done so, they could have acted several months ahead of Triple Success being officially placed on the SDGT OFAC sanctioned list on 10 June 2021.

This demonstrates the power of Seasearcher Advanced Risk & Compliance.

It is a difficult enough job to pick out vessels that are engaging in illicit activity while blending in quite well amongst the crowd in the busy and complex movements and operations of shipping. But it is made even more challenging by the deceptive tactics that are constantly evolving.

Because our data combines several layers of behavioural risk as they happen, hours or even days of manual research and calculations are saved.

And what of the owners of Triple Success?

Further research by our analysts appeared in a Lloyd’s List article on 11 June 2021, which completed the picture. The announcement of the US Department of the Treasury’s Office of Foreign Assets Control’s sanctions against a cohort of businessmen identified as members of a smuggling network that helps fund Iran’s Islamic Revolutionary Guard Corps-Qods Force and the Houthis in Yemen included Sa’id al-Jamal – who has a stake in Aurum Marine Management Services Private Limited. It is the beneficial owner of none other than the Triple Success. 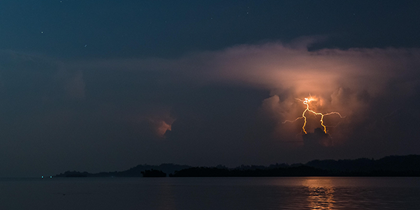