Identifying and assessing vessel behaviour that may point to activity that is illicit or questionable is crucial for insurers – whether or not they have a formal compliance team in place.

Thankfully, illicit activity undertaken by commercial vessels is extremely rare, but when it occurs it can have a major impact on the businesses who have insured the vessel, its cargo, or its voyage.

These activities are myriad and detecting them requires accurate maritime data and unparalleled insight from a trusted provider.

The case of the American International Group (AIG) is a stark warning of sheer variety of insurance risks out there.

From November 2007 to September 2012, AIG was alleged to be engaged in a total of 555 transactions totalling $396,530 in premiums and claims for insurance of maritime shipments of goods and materials destined for or transited through Iran, Cuba, or Sudan.

This case demonstrates the risk of fines, but other companies in the sector have been subject to investigations by regulators that have been extremely expensive and time-consuming even though they haven’t led to fines.

Risks include, but are not limited to:

Help is at hand

While the fleet operator and insurer risks being locked out of financial structures, civil and criminal penalties, and fines, the insurer's reputation may become tarnished by association. And when it comes to insurance, trust is everything.

Suspicious AIS gaps, unaccountable loitering, or the possibility of making dark port calls during gaps in AIS messages would all be behaviours of concern. And they aren’t easy to spot.

Brokers should, to the best of their ability, ensure that a minimum level of due diligence information is provided to underwriters in sufficient time to enable them to consider it and raise further queries – and insurers themselves need to undertake their own checks to stay on the right side of ever-changing regulations and sanctions.

Intelligence at your fingertips

It is not sufficient to simply look up whether a vessel or a company is sanctioned. Everyone interacting with a vessel, vessel cargo, vessel owner or charterer has been asked to adopt a risk-based approach to compliance checks.

There is a need for marine insurers to interpret this guidance and quickly get a view of the fleet and operators they underwrite, to monitor high-risk area callings, sanctions and potential sanction breaches.

With Seasearcher Advanced Risk & Compliance Insurers can maintain watchlists or be alerted to vessel behaviour that warrants checks and could be in breach of cover on the insured fleet and operators. 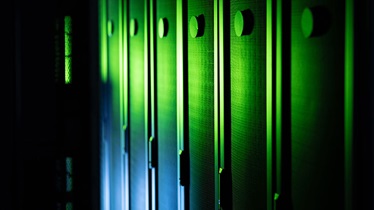 Maritime professionals rely on our detailed vessel trading data and predicted arrival and departure information that reveal routes and timings with accuracy so that voyages can be optimised, vessels tracked, arrivals into port and activities at berth to be productively planned, and new opportunities identified.
Learn More